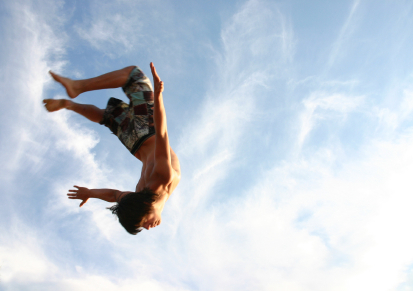 I’ve had a lot of jobs. In fact, my career path looks something like this.  Paper delivery girl. Babysitter. Ice cream server.  Office dogsbody. Researcher. Freelance journo. Admin assistant. Lemonade stand employee. Communications specialist. Volunteer teacher. Freelance journalist. Yoga teacher and trainer. Freelance journalist. Presenter. Writing mentor. And on it goes. By the time I’m done, I expect there’ll be a couple of dozen more titles added to the list.  So, how do you move from one career to another with ease? 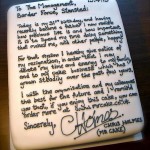 Often, I wish I’d done it like this guy in the UK who resigned from his job at Stansted airport via a cake. He cleverly gave the finger to border security and while simultaneously promoting his new business (making cakes, of course).

Quitting your day job cold turkey is awesome. I’ve done it a lot.  But there are downsides (namely, money, but also some other stuff you wouldn’t think of until it’s too late. But mostly, money).  It’s worked, as eventually (and really, this took a lot of tweaking), I’ve figured out a way of working that’s perfect for my skills, interests and mindset.  I now write, teach and do public speaking.  You might want to sell shoes, or start your own event management company, or maybe be a writer too?

Whatever the new job is you’re after, here are 5 steps to consider when giving your current job the flick.