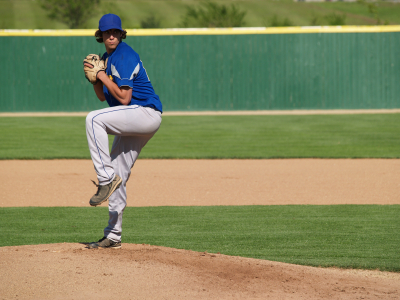 Pitching. Bah humbug.  Every freelancer hates it. Actually, that’s not true. I used to hate it, now I actually enjoy it.  Seriously? Enjoy touting for work? Um, kinda.  But that’s probably because I don’t think about pitching as being a sales exercise.  Instead, I think of it like a complex puzzle that’s about matching the right idea to the right publication.  Here’s what guides me enroute.

#1. If the idea is half baked, leave it cooking.
When you’re desperate to give an editor a new idea, it’s tempting to pitch any old thing.  Don’t!  Editors are busy folks, and there’s nothing they like less than a crappy idea.  (Okay, there are a few other things they hate, but most of those are also on this list.) Wait till you polish it, or flesh it out further (see #3).

#2. Find the hook. Find the hook. Yes, FIND THE HOOK.
When an editor is considering your pitch, he or she is thinking, “Hmm, why run this now?” Find a reason. Make it obvious in your hook. But don’t say, “You should really run this now because…” Show them, don’t tell them.  For example, if new (credible) research has come out, that could be a hook which grabs one editor. If something has disrupted the industry you’re writing about, that could be a hook for another. But, “I thought it sounded interesting” = not a hook.

#3.  Turn the ‘interesting’ into solid.
Sure, interesting has value.  But you need to think about how your overall story will look on the page before you pitch it.  This usually involves doing a bit of research to figure out who you might interview, what new research is out there, who the leaders are in the particular topic, and so on. When you’re starting out, the research behind a pitch should, for the most part, take you ages.  I’m talking hours. Don’t worry, you’ll get faster. I promise.

#4. Don’t plug stuff for the sake of it.
Sorry lovely PR people, but you guys get this wrong all the time. But so do plenty of freelance writers, especially new ones who think that just because a PR person finds you and offers you access to someone to interview, it makes a good story. It might make a good story, but I need to figure that out before I pitch it. (It also needs a good hook, remember? Point 2?)

I’ve probably said this before, but really, I’m happy to be a broken record on this one, so I’m going to expand a little here. For example, if someone (in this case, usually a PR person) pitches me an interview subject for one of the regular columns I write – take this one, my little Tools of the trade column in My Career (SMH + The Age) – I’m not sold on the fact that you have a dog show/flower festival coming up and your suggested subject has a stall there. I’m sold on the fact your suggested subject is a great match for my column.  Because that’s what’s going to ensure readers enjoy the column. And if my readers are happy, that is what is going to keep me in work!

#5. Keep it short.
Long pitches are not effective when you’re dealing with really busy people. Keep it tight. Describe for your editor how the story would look.  Give it some colour. But keep it concise. Less than one ‘scroll’ down the page on an email, definitely.  Sounds tricky? Can be. If you want help, do this course or book in with me for some one to one mentoring.

#6. Follow up, but don’t stalk people.
Yes, follow up. Editors hate it.  It still works.  I leave people alone for about two weeks after I pitch, because inboxes are eternally full and life gets busy.  But I do follow up, because it works. If I’ve followed up about twice and still nothing, I’ll probably move on. It’s the three strikes rule at play. (I do all of this via email, only because most of my editors hate phone pitches – and most never answer the phone anyway.)

#7.  One shot wonders are nice, but I’m more interested in relationships.
This one will no doubt be subject of a future post, but for now here’s my point. While it’s nice getting published widely (and this is certainly helpful when you are starting out), for me, ongoing relationships are more valuable. There are dozens of reasons for this, not the least to the fact that in these situations pitching becomes a lot faster (and more informal).  Also, with an ongoing relationship, an editor will ask me to start writing stories for them. (Yes, stories you didn’t have to pitch! Just commissions hitting your inbox. Bliss.)

Like the hair ad, it doesn’t happen overnight. Unfortunately, you can’t shortcut to this nice warm fuzzy relationship stage by just picking the publication you want to target and suggesting a regular column (although, if that’s worked for you, let me know).  You have to date first.  Sometimes for a couple of years.  So if you’re one of my editors, whether you realise it or not, we’re dating.  Hope it’s going well for you too 🙂

It’s worth noting another pay off that comes at this ‘relationship’ stage. Some pitches to my regular editors are no more than a couple of lines or a paragraph, because they trust me and over time we each learn where the other is coming from.  In fact, the relationships I’ve developed with editors over the years, and the knowledge that it is entirely possible, are probably the real reasons I no longer hate pitching.  My advice?  Do #1 to #6 consistently, for long enough, and #7 will be the end result.

Maybe you pitch stories differently to me – interested to hear what’s worked (or not?) for you.