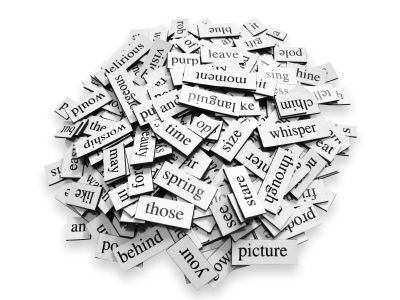 When I started out freelancing, I thought all editors had gone crazy.  They kept taking my stories (not the crazy bit), but giving me a tighter word count than I knew (yes, knew, from the bottom of my inexperienced writerly heart) the story required. Did they all go to a secret school where the curriculum skipped the bit about figuring out how long a story really should be?

Sometimes, I was right.  Occasionally, an editor didn’t initially grasp how utterly important my story was and how it really, really deserved a larger word count. But after a while, I realised every editor did the same thing.

You know where this is going right? When everyone else seems crazy…maybe the problem is you? I eventually realised I would never think I was being given enough words (and no, not just because I’m paid by the word), but because I hadn’t grasped the concept of tight writing.

While tight writing (making every word work hard) is a skill that can be learned, even the best writers slip up now and then.  As her tweet below shows, Helen Razer fought the word count demons (and lost) last week.

Add 300 words to an unstructured feature already 3 weeks overdue and about 1800 words over-limit hours before print? DON'T MIND IF I DO.

When a well meaning follower said, “Well, at least you tried, that’s what matters,” Helen responded: “No, no, that’s not what matters!” Because as a professional, Helen knows, it’s not trying to be on word count that matters. It’s being on word count (or you know, plus or minus about five per cent).

@call_me_tomasso thanks for the advice, hon but this is for the actual newspaper. ALso, word limits remain a thing in pro media. Thank fuck

Luckily, Helen Razor can get away with it. But most of us can’t. Unless you have a similarly high profile, or are a subject matter expert with such a unique perspective that no-one but you can tell your particular story, don’t put your editor through the pain of filing a story way over word count. He or she will not be as accommodating at Helen’s editor was!

So, how do you stop blowing your word count?

1. “Kill your darlings, kill your darlings, Kill your darlings.”
Stephen King said it (although from a lazy Google search it seems that Sir Arthur Quiller-Couch coined it), and almost every professional writer knows it.  You love the beautifully crafted words you’ve spent hours labouring over. But kill them.  That’s right. Cut, cut, cut.  Don’t worry; it hurts less the more often you do it.  If you can’t bring yourself to do it, try it on a day you’re in a really bad mood (also a good day to clean out your wardrobe, I’ve found).

2. Be ruthless.
Look at each line of your piece and ask yourself, “Is that the most interesting, engaging and efficient way of making this particular point?”  You don’t just want a story filled with boring facts with no colour. But neither do you want fluff. Editors hate fluff. Readers hate fluff. Get rid of it.

3. Stop the problem at the source.
I mostly manage to avoid this whole problem in the first place by planning my stories out in advance. If I sit at the computer without a clear story plan, of course I’ll overwrite. I’ll include too much about my subject’s tennis career and not enough about his or her family life. Or, I’ll be so engrossed in the description of a start up’s early days, that I’ll realise I’ve run out of room to describe the company’s future plans.

Believe me. Cutting back a story that is overwritten is boring and frankly, painful. I know, it’s not ‘creative’ sounding to plan out your stories. But it’s smart. And it works. And if you’re writing for a format like a newspaper or a magazine, where the structure is pretty much set in stone, there’s nothing creative about writing 2000w and then spending four hours chopping them back to 800w. Unless you find creativity in figuring out how many different ways you can bash your head on the keyboard asking,”Why?”

Try it. And let me know how you go in the comments, or if you prefer, on Twitter (@suewhitewriter). The perfect place to practice concise writing!